Hamro Patro, got promoted to crispy and impressive User Interface (UI) and have become more user friendly than ever before. The Developers have been working for the past couple of months to push the biggest update of Hamro Patro.

With this new release, you will find the Hamro Patro app more fast and intuitive. It works great even with slow internet connection. 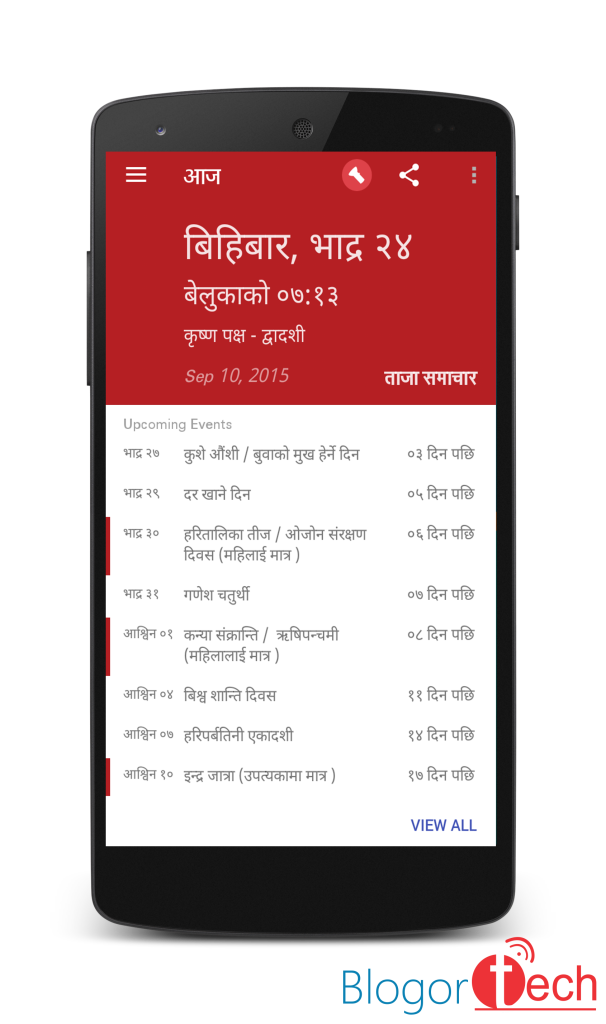 First thing, you will notice when you open this app is (UI). It’s even more elegant and vibrant than ever before, which is based on material design guidelines. The new navigation menu is clean and buttery smooth.

Considering the UX part, within the app, at the top right corner shows the hero image which changes according to festivals and special occasions. Exciting part is you can see your profile image too, but for that you need to first login. For that, tap on e-cards and you will get the option to login through Facebook. It’s by far the best UI / UX you will ever see in any other app.

To make the app interactive, the developer has announced a new feature called the smart feed. With the help of smart feed, you will get the information such as; FOREX, Gold Price, Loadsheeding schedule, horoscope, weather and Quote of the day at singe glance. I have to say this, that smart feed is very intelligent too. For an example, it shows the horoscope card only in the morning and e-cards on special occasion.

This feature is the popular demand from the users like you. Now, you can view current temperature with 7-day weather forecast of more than 15000 cities. It can be viewed both in English and Nepali. You can even see the Nepali weather translation. Isn’t it cool?

Images in news feed loads much faster than before. With this new version, images load according to your screen resolution. Higher resolution images in higher resolution screen or device and vice versa, which ultimately saves your bandwidth and time.

Also, you can read the news from your favorite news sites from tab named: News Source. Not only that, you can now read the previously loaded news offline and subscribe to receive breaking news as it happens.

Oh wait! I forgot one thing. You can find two brand new widget which is: News and Time widget. I am sure it will be handy. Don’t you think?

I want to know how you found this biggest update of the Hamro Patro app. I believe you loved as much as I do. To give your valuable feedback and suggestions, just comment below. I will redirect your feedback to Hamro Patro team. CHEERS!